Three stars in the Michelin guide, at the top of the list of the 1000 best restaurants in the world, Guy Savoy will create four menus a year for the cabaret on the Left Bank. 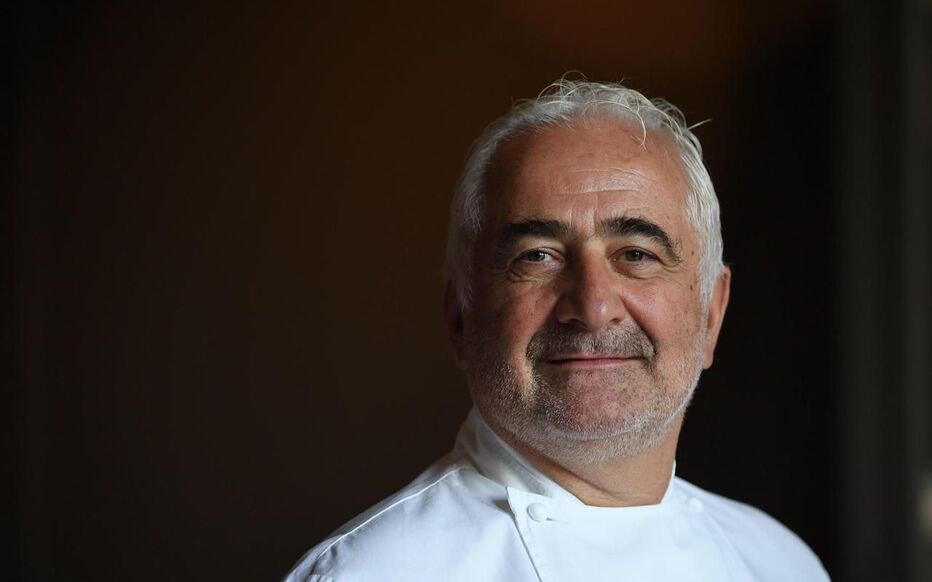 The “Paradis Latin” style salmon heart, caviar tarama”, “Foie gras semi-cooked with Guérande salt, smoked tea jelly, bitter orange”, “Paradis Latin iced nougat”… We are already licking our lips. At the Paradis latin, the show and the party are obviously on the stage where Iris Mittenaere has been performing for the last six months, leader of the revue “l’Oiseau Paradis” imagined by Kamel Ouali. The taste buds will also soon be in for a treat.

From 1 January 2020 – if we don’t count the Christmas and New Year’s Eve evenings for which he will concoct the menus – the menu of the Left Bank cabaret will be signed Guy Savoy. Three Michelin stars and the fourth consecutive year that he has topped the list of the world’s 1,000 best restaurants with his establishment at La Monnaie de Paris (6th arrondissement), the chef “will prepare four menus per year, one per season, i.e. 64 different dishes”, says Walter Butler, the owner of the premises.

“First of all, we asked ourselves if it was possible to serve quickly in order to meet the constraints of the cabaret while maintaining the quality of each dish. The selection of suppliers, the creation of teams under the supervision of the chef who trained them, the complete renovation of the kitchens “entirely rebuilt according to his wishes”, and the testing of the dishes, “this partnership is the result of a long period of work, almost a year”, continues Walter Butler.

“But make no mistake, people are not going to go to Guy Savoy, it’s a completely different experience, but the menus are prepared by his team with the guarantee of exceptional quality,” he continues. As for prices, they are not increasing with two show menus, the Gustave Eiffel and the Prestige, at 150 and 190 euros respectively.

Taken over a year ago, restored from top to bottom, the Paradis Latin continues its transformation with a certain success and an increasing number of visitors. “We have had a very strong increase in attendance, our rooms are full,” says Walter Butler, who emphasises his “very Parisian” clientele. “There really is a clientele from the capital that comes and returns, it is the one that is increasing the most.

Butler Industries is proud to support the Noukou association Construction: Fayat strengthens its position in the smart city with NXO
Scroll to top