The Left Bank cabaret is offering its dinner show next Tuesday for only 100 euros and will donate all the proceeds to Ukraine. Other support evenings will be held in Paris in the coming days. 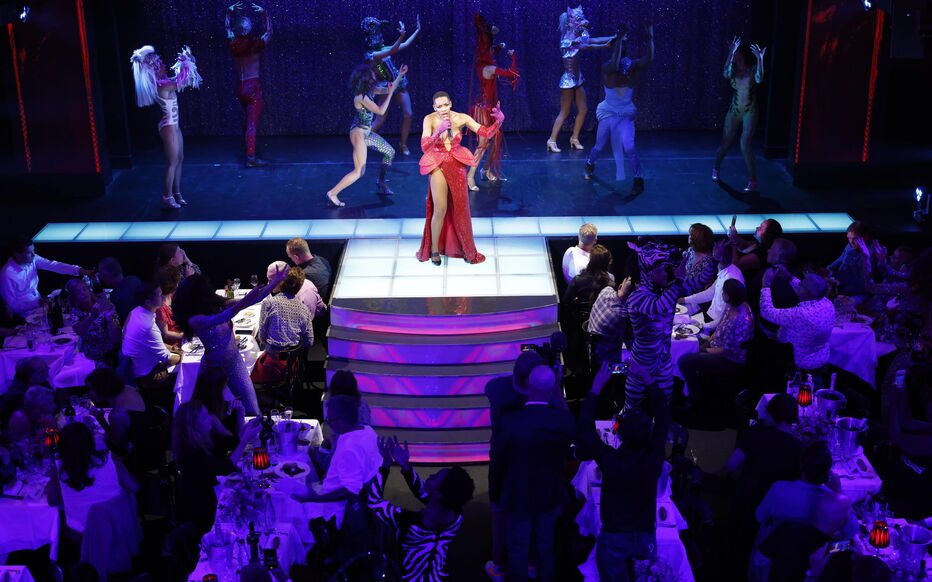 “We had both Ukrainian and Russian artists in the troupe, but beyond that, what is happening on the borders of Europe staggers us all, and we asked ourselves what we could do to support the solidarity movement,” explains Walter Butler, owner of the Paradis Latin. “The idea of a special evening was born, it will be on Tuesday 22 March and all the proceeds will go to help the Ukrainians.

The price of the dinner-show has been set at 100 euros – a lower price including drinks to benefit from the same menu signed by Guy Savoy as usual – that is to say a hoped-for revenue of at least 50,000 euros, says the owner. “We are going to make an appeal for donations to increase this amount even further,” he adds. Because “given the evolution of the situation, it is now that the Ukrainians need rapid humanitarian aid”, the businessman plans to give the amount directly to Ukrainian associations.

“The idea is to provide targeted and rapid aid,” he says, assigning a former member of the Ukrainian cultural centre in France to select the beneficiaries. If no one is identified, the money will go to the Red Cross. “Every penny spent will go to help Ukrainians,” he says. Before offering “L’Oiseau Paradis”, the revue by Kamel Ouali, the cabaret will offer a special concert instead of its usual pre-show during which dinner is served. “Imagine”, “L’Envie d’aimer”, “Over the Rainbow”, or “Quand on n’a que l’Amour”, about fifteen songs will be performed by seven singers, including Cyril Cinélu, Sofiane or Amalya, but also the Ukrainian Yana Brillitskaya, who will sing the anthem of her country. 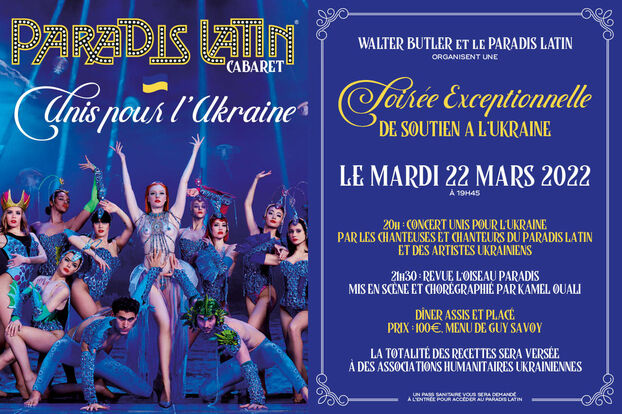